The goal of this experiment is to determine whether the quality and yield of tomatoes grown in our aquaponic system can effectively compete with those grown in a traditional hydroponic system. Both systems use powerful LED fixtures with board spectrums ideal for fruit production.

On 10/20 several tomato seedlings (4 different varieties) were transplanted into the aqua media bed and hydro NFT channels simultaneously. By 11/15 all varieties had produced their first fully developed flowers and on 01/24 the first tomato harvest occurred for both systems. 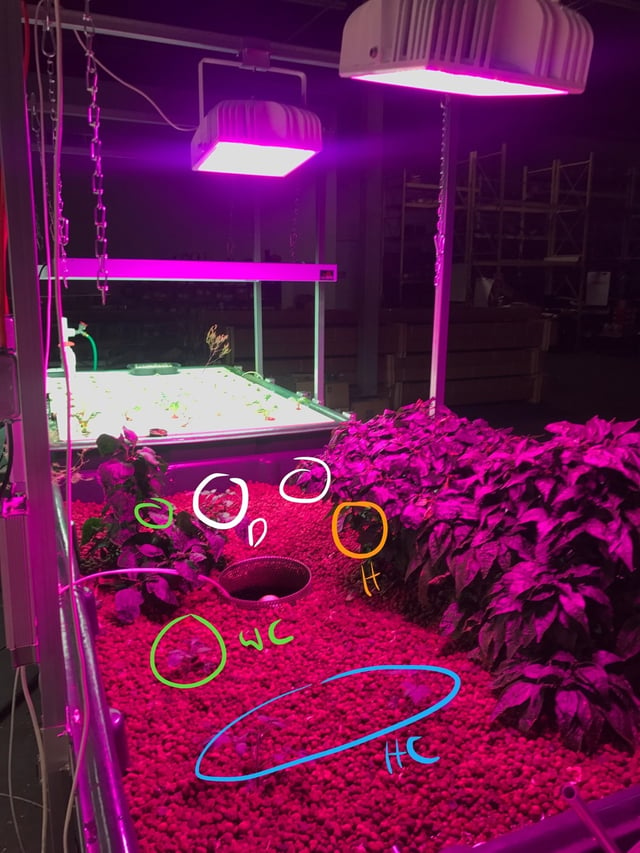 Above is an image taken after transplanting (10/20) with the different tomato seedlings labeled by variety. The increase in size since after 3-months can be observed in the next image below

The Tomatoes are now fully mature and producing fruit like crazy.  Any physiological issues previously observed have nearly disappeared particularly the leaf curling and heavier vegetative tendencies. The flowers have never failed to develop fruits ever since their first appearance and the vast majority are growing very well. Below is an image taken on 1/22 of the tomatoes in the media bed: 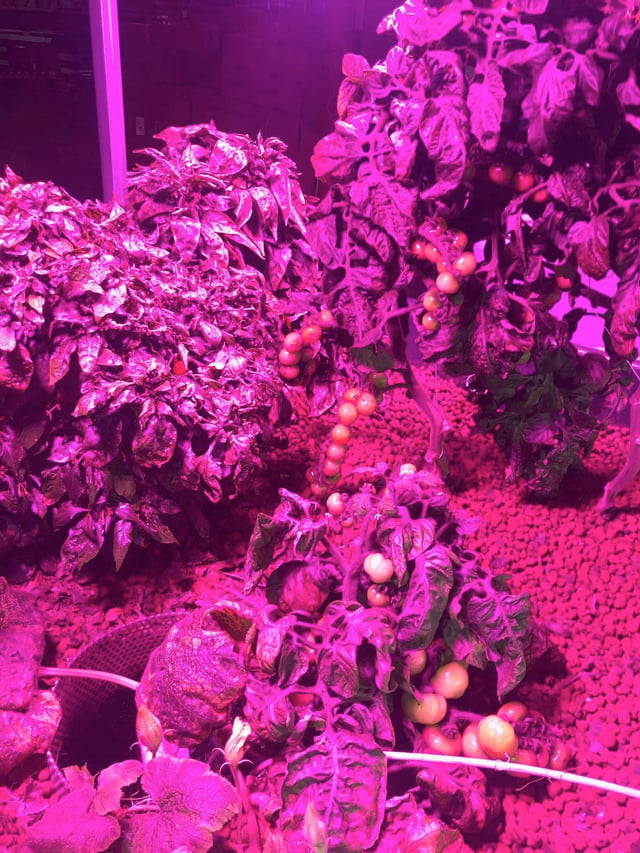 The WC varieties are still very short and have not grown much taller since the last update. Even more disturbing is many leaves are discoloring as if dying off but despite these problems the WCs are still managing to put out flowers. The fruit quality also looks very good and the WC tomatoes are much larger than the HC tomatoes, though this is likely just because the fruit are so few comparatively. HC crops are growing far larger overall than the WC’s and continue to be the best producers out of all 4 varieties with the highest yield of fruit and ideal morphology.

*Brix level for tomatoes is usually only about 2-3% sugar

The two larger tomato varieties, D and H, are both producing fruits however the D variety is not preforming well. It is suffering from extensive BER (blossom end rot) primary due to the high water levels surrounding the roots. This is not unexpected and is a common issue related to the variety itself. Varieties can require very different criteria and sometimes just simply won’t grow where others thrive. The H variety however is doing far better than the other and hasn’t exhibited BER on any of its large tomatoes. Strangely this variety puts out an unprecedented amount of flowers; a single truss produces up to 50x which must be pruned. Tomatoes are still too green to harvest but should be ready within 1-2 weeks.

Overall, as expected, the HC and H varieties are far more ideal for aquaponic applications than the WC and particularly D varieties which both have significant physiological problems resulting in lower yields. Below are two images comparing the healthy H fruits (left image) and BER ridden D (right) fruits. 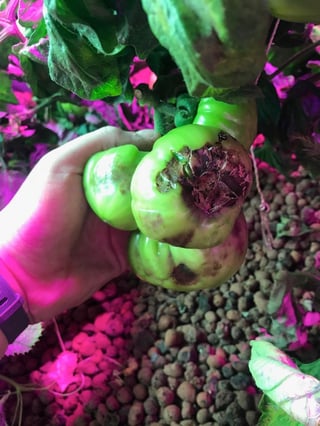 Tomatoes in the hydroponic component are looking as healthy as ever and are easily comparable to their corresponding aquaponics based varieties.

All the tomato varieties are growing well except for the WCs which look worse than those in the aqua bed. They are also very short, stunted and most of the leaves are highly discolored and drying out. The tomatoes are still growing but less numerous on both hydro WCs than compared with the aqua’s.

The rest of the 3x varieties aren’t having significant problems but the HC and D are the best preforming. Interestingly, the D variety prefers the conditions of the hydroponic NFT system although for a while several tomatoes had BER similar to the aqua based individuals. The BER is no longer persistent on any fruits now though for reasons unknown. The image below shows the HC’s lower fruit trusses

*Brix level for tomatoes is usually only about 2-3% sugar 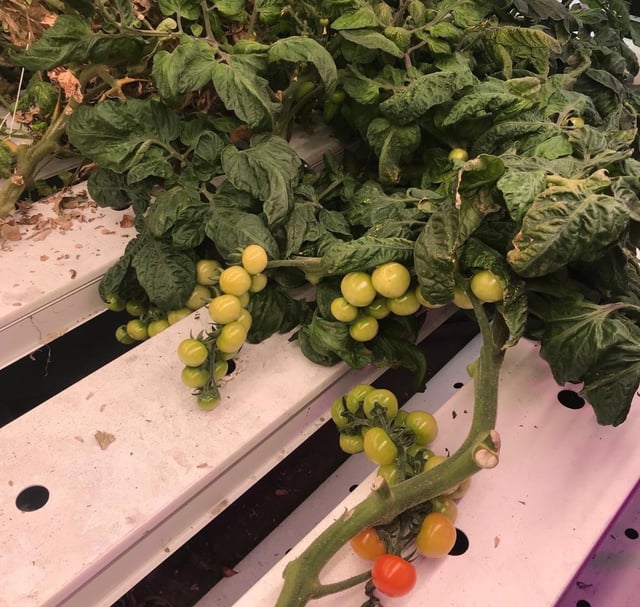 When it comes to tomato quality and yield both the aquaponic and hydroponic systems are producing at the same high quality level for the varieties HC and H. The D variety can only produce quality fruit in the hydro system and is producing one of the largest yields of all with at least 7x tennis ball sized fruits, below is an image of the fruits. Why it prefers the hydro NFT so much more is unknown but likely to be related to the root zone conditions. 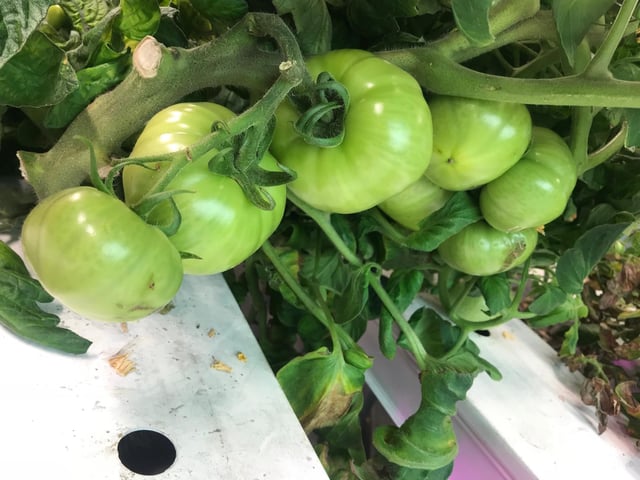