The pH has been increasing rather than dropping lately. There are a couple of reasons behind this. First is that the source water has a much higher alkalinity than previously observed at 100 mg/L versus 55 mg/L. The change in source water quality is affecting the chemistry of the water,  leading to higher pH levels. This means that our carbonate additions will need to be lowered. It is not unusual for source water quality to change over time and should therefore be measured consistently. The system also has a significant number of larger crops that can easily influence the pH of the solution by taking up more water or releasing higher levels of OH- or H+. The efficiency of the nitrifying bacteria within the media bed is equally as important, a static media bed (no siphoning) can lead to less nitrification and therefore higher pH levels. That was a major part in what occured in our system.

A clog in the clarifier assembly due to buildup caused the siphon in our system to stop functioning and decreased nitrification production leading to higher nitrite levels. Clearing the clog with a large bristle brush pipe cleaner is very effective and should be done once a week.

The only addition made in the last two weeks was 50 grams of chelated iron which is now required in higher intervals with the addition of the heavier feeding crops in the media bed. It has only been 2.5 weeks (versus 2 months previously) since the last addition signifying how much more rapidly it is being absorbed by the crops.

The only supplements to the solution, besides fish feed, are the three carbonate compounds (K2CO3 MgCO3, CaCO3), JR Peters M.O.S.T Micro mix, Chelated DTPA Iron and Super Triple Phosphate. This is the max number of supplements that can be used in the Aqueduct for the growth of larger fruiting crops such as tomatoes, cucumbers, peppers, melons, strawberries, squash, ect.

Fish feeding rate and growth is fairly strong. The feeding rate has increased to 276 grams/day up from 250 grams/day. The growth of the fish is going well with an increase in size from 125 grams to 228 grams in the past 4 weeks. Using the fish size to feeding relationship the ideal feeding rate should be around 286 g/day so the tilapia are only about 10 grams/day off of their max feeding rate which is very good. 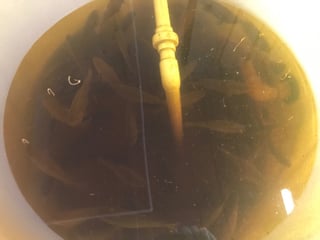 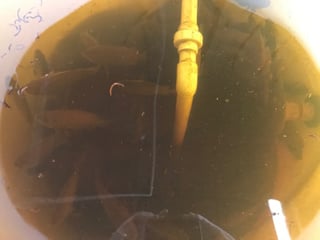 Above you can see the change that has occurred in size from 6/09 to 6/26. The second image being the most recent. The fish are growing faster now that the feeding rate is more consistent.

Below is a representation of the crops in Frasier’s media bed from 6/09 (first) to 6/23 (second). Thus far the only crop having trouble is the cantaloupe.  This is because of its sensitivity to boron,  copper,  or transplanting. The cantaloupe seems to be recovering in the last several days and are growing far more effectively. It is most likely that the reason behind the problem was the stress induced by transplanting the crop. 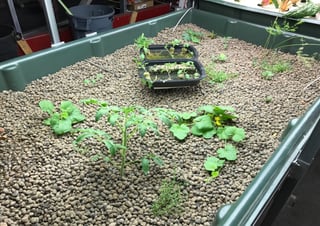 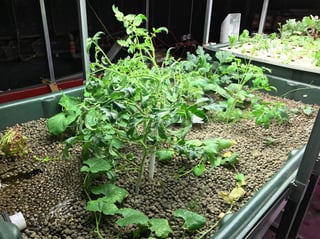 The tomatoes and cantaloupe are growing very fast.  Their stems are quite thin due to low light levels and are beginning to fall over. Sticks will be needed to hoist them up. A couple of the tomato crops are now beginning to bloom and we will have our first tomatoes of the year very soon.

The thrip infestation is gone.  I have occasionally found a few thrips, so the crops are being tended weekly with natural pesticides until the population is completely exhausted. The crops have recovered from most of the thrip damage. 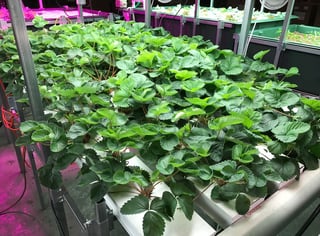 The strawberries have been trimmed and one more NFT channel has been removed to make more room for the remaining crops.

The strawberries are still very vegetative and consistently put out runners which means flowering is not being triggered. This is due to the high temperatures in our warehouse. A temperature around or below 50 F is generally required for a couple hours at night to induce flowering. Either a solution must be found to cool the strawberries or we are going to have to wait for the fall to get additional strawberry fruits.

The Swish chard and basil crops which were added to the float bed on 6/09 and are doing well as expected. The basil started growing far better when transplanted from the hydro solution in the propagation tray to the float bed. 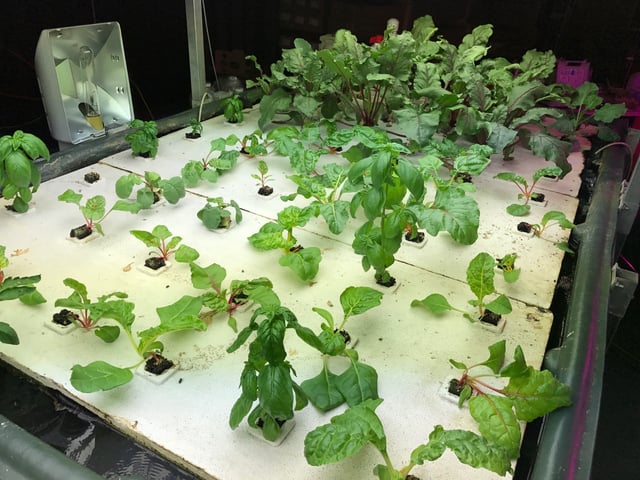 Above is an image of the full float bed which now has beets, swiss chard, basil, and a couple radish crops growing.

Below is an image of the beets on 6/09 (left) and (6/26) right. The right image also shows a close up of the towels and how they were wrapped around the beets. The beets are growing far better with moist paper towels wrapped around them. One was left without a towel as a control to observe the difference, which can be observed in the images. 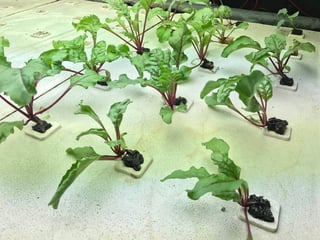 The newly transplanted crops outdoors had some trouble with heavy winds but appear to be recovering nicely. The pepper crop didn’t make it, so it will be replaced. Below are images of the crops (top are the strawberries, bottom are tomatoes, Brussel sprouts, cantaloupe, and squash. 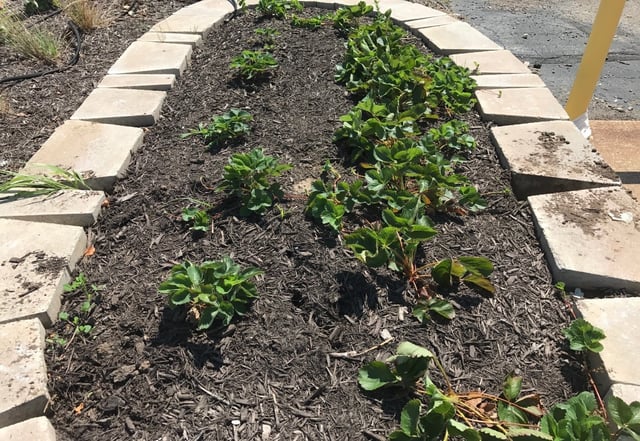 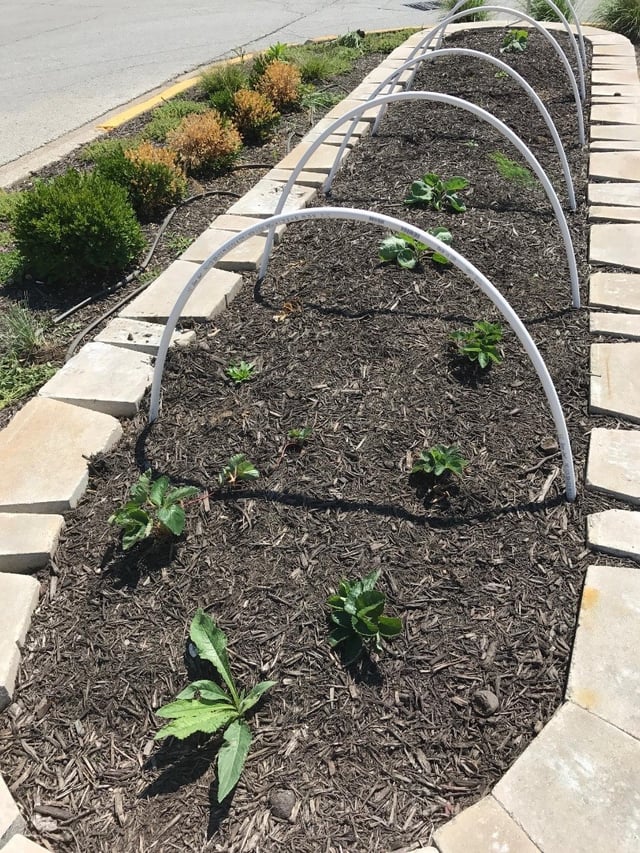