Welcome to our ongoing series highlighting our Aquaponics Curriculum!

Over the coming weeks, we will be posting a series of articles covering the basics of each Curriculum Topic. Today, we are covering Topic 2, Lesson 2, The Nitrogen Cycle and Colonization of Bacteria. Each of these blog posts is aimed to give an overview of the subject and provide one or more critical thinking questions. You can find our first post in this series here. Enjoy!

The nitrogen conversion is shown in a diagram in Figure 1. Fish are fed pellets and the fish excrete ammonia. Decaying matter in the aquaponics system can also produce ammonia. Nitrosomonas sp. converts the ammonia to nitrite and Nitrobacter sp. converts the nitrite to nitrate. The plants can then use the nitrate in the growing process. 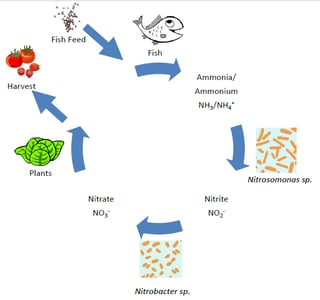 Figure 1: The flow of nitrogen in an aquaponics system.

Bacterial colonization is when the bacteria establish a group or ‘colony’ essentially building its numbers to fight off infections or invasions from other bacteria or microorganisms that can decrease its population. Furthermore, ultraviolet rays from the sun can damage the bacteria as well. Nitrosomonas sp. and Nitrobacter sp. can colonize on the surfaces of the system such as tank walls, rocks or substrates. These colonies of bacteria need a specific environment to thrive in which will be discussed in future lessons.

In a new aquaponics system, the colonization of bacteria can take 3-5 days. If these bacterial colonies do not establish well in the aquaponics system, the ammonia levels will increase to toxic levels for the fish. Additionally, the plants will not have a reliable source for nitrogen and will have problems surviving.