(11/11) The Mg deficiency observed in the basil over the last couple weeks is beginning to show improvement after raising the fish feed amount to a total of 270 grams per day. This is the ideal amount of feed needed to satisfy lettuce varieties but basil is more rigorous and generally requires 2x the amount of feed as lettuce so feed may need to be increased more. This is now the most likely reason for the deficiency observed in the basil versus the nutrient solution volume. It appears the water moves fast enough through the media to replenish nutrients as the basil bucket test is not showing as much improvement as the media bed individuals.

Below is a comparison of the same basil crop after 7 days. It is still growing vigorously and the deficiency does not appear to be worse. 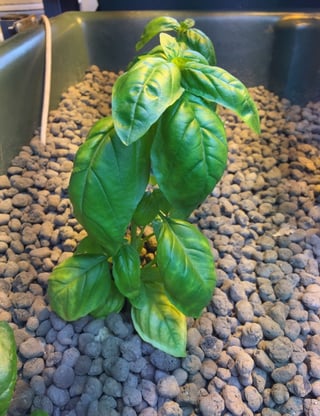 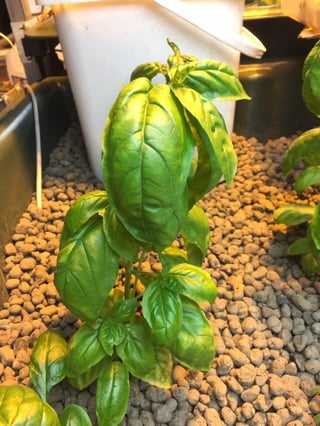 (11/16) The deficiency is still persistent but has shown at least some improvement. It is likely that the cold temperatures and viral disease are affecting the growth of the basil which can cause deficiencies to be more severe.

(11/22) Below is an image of several basil varieties. Old growth shows evidence of the deficiency where as younger leaves are greener. New growth between internodes is particularly green. 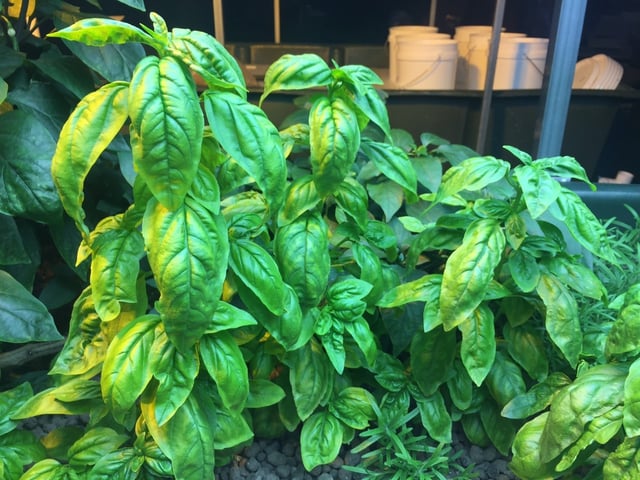