Insects in the Aquaponics System, Flowering Tomato Plants and our NFT

The media bed is beginning to accumulate a dense population of detritus consuming insects already which can help break down the waste in the system even further without causing harm to the crops thus far. If insects are observed a couple inches or so below the surface of the clay media it means the system has sufficient waste density to support these organisms and is a positive incident. The small insects can be seen in the image below on the PVC siphon. 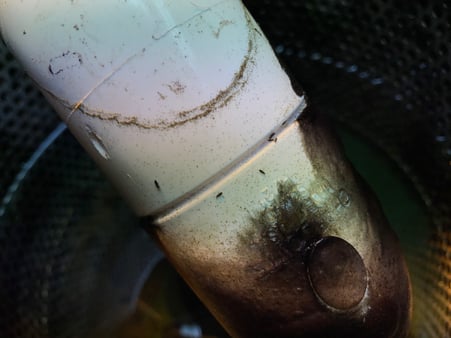 Bucket Testing Station: Unfortunately, the low temp and more importantly low humidity has negatively affected the fruit production of the tomato crop. The lack of moisture in the air keep the tomato from producing pollen effectively. In other words, when it is too dry the pollen itself then dries out and dies. I will be seeding a new trail of tomato crops be the end of February when environmental conditions are more favorable for tomato production. Below are images of the tomato crop and its flowers. 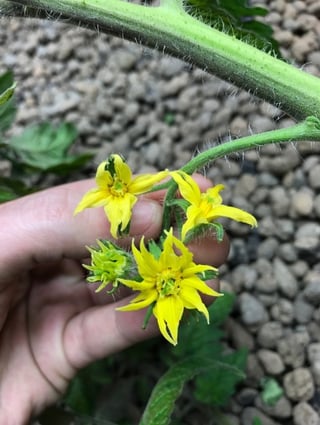 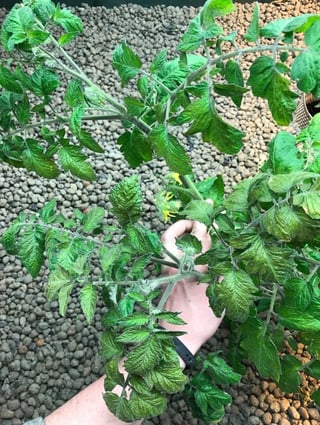 The artichoke is almost through flowering and is producing a fairly exquisite fruit for its small size. This is somewhat significant as that means artichokes can be signaled to flower with a long photoperiod to suit the grower’s needs.

Although long lived crops like artichoke and asparagus are not practical for growth directly in aquaponics systems they can be used in outdoor raised grow beds and utilize fish waste from the clarifier or even the nutrient solution itself as a fertilizing supplement.

System Tech Update: The new prototype NFT component has been completed and is now officially running. I have seeded watercress to be grown in the channels in a staggered fashion. Two channels will be seeded at a time. The NFT seeding were started in between arugula harvests creating an even more effective staggered harvesting strategy. Planting schedule can be manipulated in any fashion to serve the demands of the grower.