Water Quality: In addition to the 250 grams of CaCO3 added on 11/4 I added 300 more grams yesterday and the pH has begun to stabilize around 6.8 again. The change in pH is still proportional to the change in alkalinity and therefore they may act as indicators for each other in a given solution.

Since the increase in fish feed, to 240 grams per day, completed on 11/2, the EC has only risen slightly from 1.86 to 2.01 and appears to be slowing more indicating that the nutrient uptake is increasing. This makes sense particularly as the kale crops grow larger. This feeding regiment seems satisfactory for now.

Second System: The trade show system has been set up to run some new start-up tests and grow crops that we will be transporting to trade shows in the near future. The clay has been found to float so methods to keep it in place are being research and it’s likely only a bag or two of extra clay will keep the media down. Spraying the media down with water also helped weigh it down significantly. Below is an image of the second system starting up.

Plant Quality: The magnesium deficiencies observed in the basil crops and the transplanted individual have not gotten worse but are also not showing any signs of reversing. It could take several weeks for the deficiency to clear even after enough Mg is available. MgCO3 has been ordered to supplement CaCO3 and help quicken the reverse of the deficiency.

Basil is highly affected by the two different light sources in the system. The bluer florescent fixture produces shorter individuals where as the warmer HPS lamp produces taller individuals.

Thrips are becoming more frequent again but appear to be of a different variety as the new thrips are orange instead of white. There are very few and very difficult to spot but the damage is clear on a few kale crops. It’s likely a new pesticide will have to be rotated into the IPM cycle.

Finally the outdoor crops have been receiving a special watering and fertilizing treatment which will be explained in detail below. 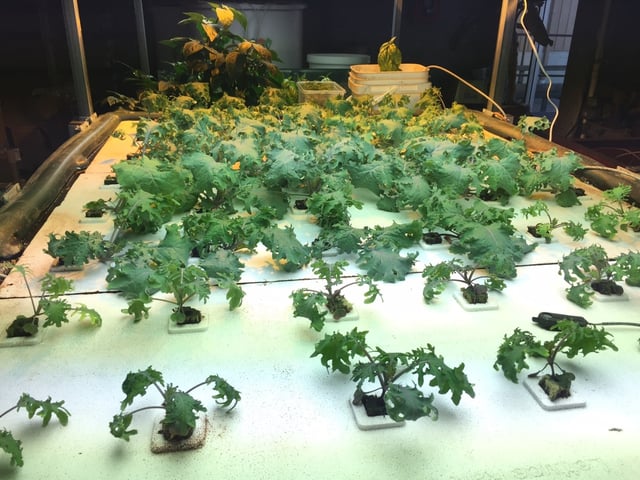 Above is am image of the kale in the float bed. Other than slight thrip damage they look great.

BLUE/RED LIGHT EFFECTS ON PLANT GROWTH: Plants respond differently to different spectrums of light. The red and blue spectrums are the most important when it comes to photosynthesis but they also signal the crop to undergo very different morphological changes. One of the more important effects of blue versus red light is the effect on the size of the crop. Blue light tends to signal greater girth and shorter stem / internodes lengths where as red light signals stretching. Both spectrums are important and one spectrum is not necessarily better then another. But if you want to control the size of the crops being grown manipulating these spectrums can be useful.

Stretching is not something that is generally desired in leafy green production as it just causes the crops to take up more space so fluorescents, metal halides or LEDs are best for them. Warmer light produced by high pressure sodium lamps is useful for the production of fruiting crops as it tends to produce better fruit yields and quality.

NEW PESTICIDE NEEDED: To date I have been utilizing an organic pesticide that has spinosad A and D as the primary active ingredients. This is a 100% natural, very effective and very low toxic pesticide that proves lethal to many insect varieties including thrips. The pesticide managed to clear the entire grow area of all thrips but now after 1.5 months it looks like a new variety of thrips, more resistant to the pesticide, are moving in. They are very few in number but as more resistant thrips are introduced the worse it will get.

This is a perfect example of why integrated pest management is so important because it takes more than just a single pesticide to keep even the same pest at bay. As time goes on pests become more and more tolerant of the pesticide being used until it has nearly no affect. That’s why a crucial component of IPM is the rotation of pest management methods. For this reason I will be purchasing another organic pesticide to rotate with the spinosad mixture to keep any pests from becoming tolerant over time.

OUTSIDE CROP SCHEDULE AND INDOOR COMPARISON: The water and fertilizer used for the outdoor crops are sourced directly from the indoor system. Since being transplanted the crops have been watered daily, except weekends, with system nutrient solution. Between 2-2.5 gallons of nutrient solution is being used per day. The fish waste sludge collected from the bottom of the float bed has been collected and added carefully around each outdoor crop twice for a total of about 4-5 gallons of sludge solution.

The crops will be watered in the same manner this week and fertilized one last time. Starting next week fertilizer and fresh water will be added to the top of the bed mounds to fertilize the crops.

Below is an image of the outdoor grow bed. The center, where the hose is located, will be where fertilizer and water is added next week. Currently water and fertilizer have been added directly to the base of each crop. 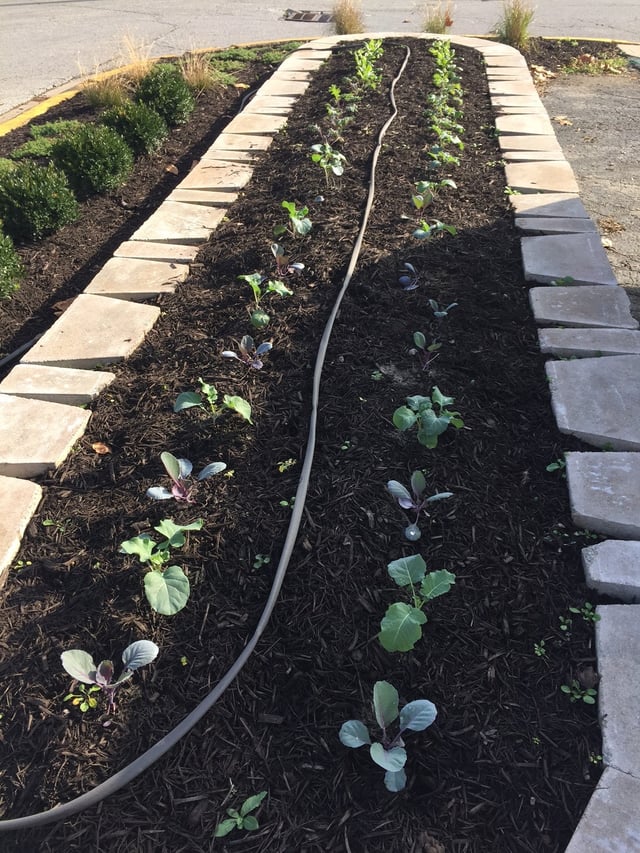 Below is a comparison of the spinach and kale being grown outdoors (left) and indoors (right). 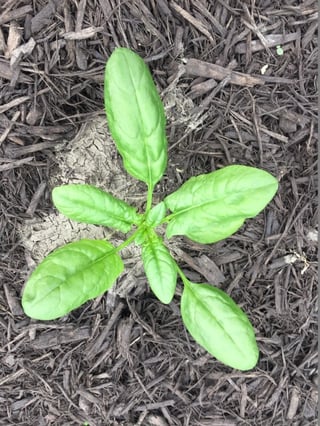 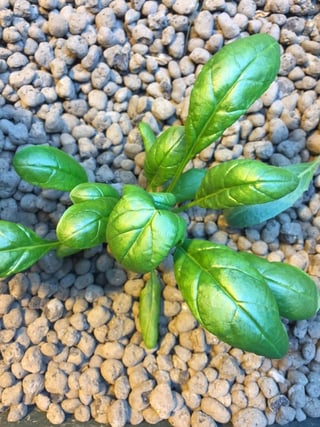 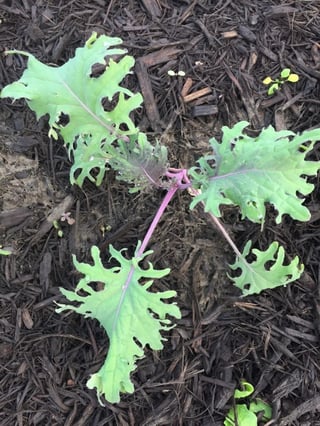 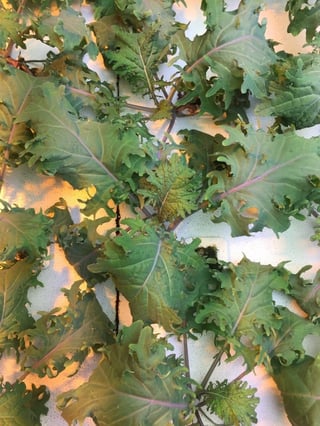