The aqueduct system is being modified to perform more effectively and rid the system of any small issues that have cropped up over the last year since its first release.

The most significant changes are to the siphon and float bed height: 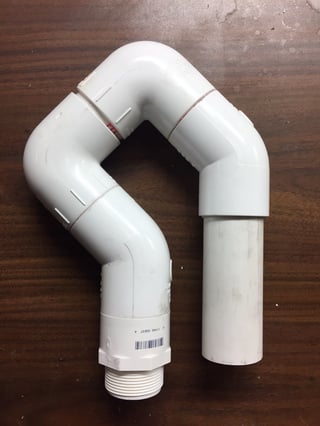 THE PROBLEM:  The bell siphon worked about 95% of the time but during the other 5%, for some unknown reason, would not drain and even nearly overflowed the media bed. The fact that the water level could rise above the bell siphon, even rarely, was enough reason to switch to a different type of siphon.

HAVE A SYSTEM WITH THE OLD BELL SIPHON? If you purchased one of our previous models then we will be happy to send you the diamond siphon free of charge.

This change also slightly increases the flow rate throughout the system allowing the media bed to siphon more easily.

HAVE A SYSTEM WITH THE SHORTER LEGS? The ½” float bed height increase is relatively simple to replicate by placing ½” blocks under the system’s legs. The float bed carries 300 gallons of water (2500 lbs) so use tough material for the blocks.