Of the beneficial organisms tested the red worms were the most successful and continue to survive in the media beds of both systems. When crops were pulled from the systems several red worms were pulled up with the roots. They appear to be very healthy and fast moving.

Overall red worms make a nice addition to our aquaponic system but have not yet made a significant impact on the waste within the media bed. It is likely that a larger population is required (or more time for the population to grow within the system) before significant reduction is observed.

Red worms have the ability to to consume almost their entire body weight per day and can definitely make a difference if enough are added. We put 150 mature worms in each system’s media bed, about 3.5 worms/ft3 which based on a 1-gram weight average can consume near 1/3 lbs of waste per day. This is low for adequate waste removal but is hopefully dense enough for worms to easily mate and grow in population.

Approximately 30 gallons of waste is caught in the media bed of the Frasier system based on the change in water level height during a media bed dump into the sump. As more waste builds up in the media bed, less water is drained to the sump. This buildup occurrs mainly due to the low quality of the tilapia being used whose waste is unusual and light causing it to go right through the clarifier instead of settling at the bottom as it should. Observing the change in the level of water the media bed dumps in to the sump over time will allow us to determine if the red worms make a difference in waste accumulation in the future.

Although the shrimp started out very well many have died since the beginning of the experiment. Moar of that has been more recent. This does not appear to be due to the water quality as the shrimp would have been affected earlier and no dramatic changes have occurred in that regard. It is possible that the female shrimp died after laying eggs or they may even be killing one another (but that seems unlikely). Several are still alive but do not appear to be growing very much in their cage.

Therefore, small shrimp do not appear to be appropriate for aquaponics use. If the shrimp were grown out or purchased at a much larger size their performance may have been significantly better. For now, we do not recommend using shrimp in the clarifier of the Aqueduct.

Carnivorous crops do not appear to be suitable for aquaponics growth. They require pure water and low light levels which is very different then the environment of the Aqueduct. The crops can be grown outside the system in a tray if desired,  however the crops made very little difference in the population of pests. Overall, IPM with organic and natural pesticides continues to be the most effective manner of removing unwanted pests. 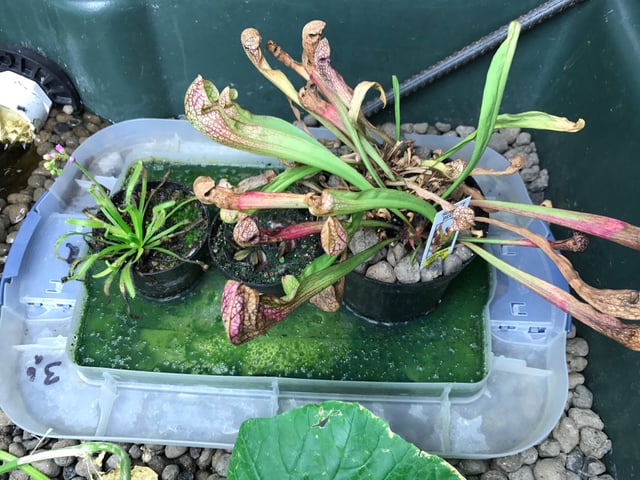 This is to be the first in a line of new experimental posts dedicated to the comparison of crops grown in different conditions. Comparison of aquaponics and hydroponic growth is of particular interest and will help determine the advantages and disadvantages of each for specific crops. Soil grown crops will also be compared in order to determine, not only the differences between soil and soilless grow conditions, but also to compare the effects of natural sunlight and supplemental light on crops.

So far only aquaponics and soil based crops are being grown and compared. We are wrapping up construction of our Hydroponic NFT unit and will be adding it to future posts.

Tomatoes, cucumber and cantaloupe have been placed in both the aquaponics systems as well as the outdoor raised soil-based bed.  The soil bed is supplemented with waste sourced from our Clarifiers. These crops will be compared to determine what environmental factors are lacking within the indoor environment.

Some very definitive observations have been collected so far. Most significant is that the fruiting crops, cantaloupe and cucumber in particular, are growing fruit far larger than what can be produced indoors. This is not due to a difference in the growing medium the crops are placed in but instead the light levels experienced by each.

Indoors the light levels are fairly low at 14 mol/m2/s. This is fine for lettuce production but not ideal for many fruiting crops. Many require at least 30 mols/m2/sec for optimal fruit production. This is why the fruit will only grow so large in our warehouse based systems, there is simply not enough energy being provided to the crops by the fluorescents lights.

We believe the LED lights being tested at our facility, which provide more PAR as well as a better spectrum for fruiting than the fluorescent lights, will enable stronger fruit production and size.

Other than fruit size there is no real discernable difference between morphology of the crops in the auquaponic system versus soil. 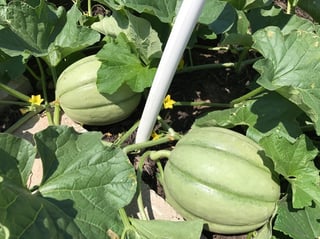 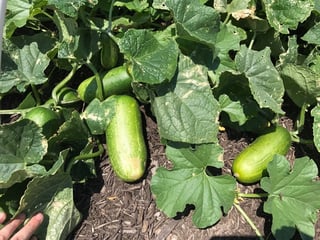 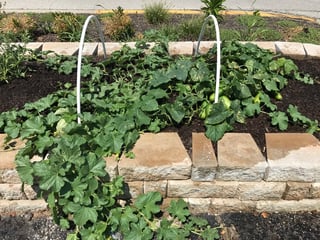 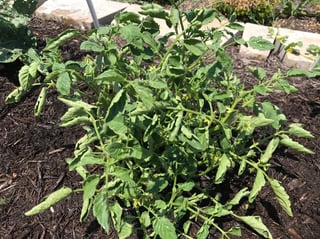